I built a 10 x 12 shed using the videos and plans. Tips were very helpful. I’ve never built anything that looks this square. Tips on proper measuring, cutting and the jigs made a huge difference. Shed was build on six concrete piers/tubes. The jib for the trusses worked well but I made the trusses using 2 x 6’s instead of 2 x 4s and 16″ on center-input from friends not really my idea. I like the beefiness of the roof because of the 2 x 6 trusses though. I had help in the beginning with the floor and walls and later with the roof shingles. Costs for trim were higher as I used wider boards but I’m happy with the look. The trim boards are all pvc. The only time I didn’t listen to Henry I hit my head on a jig, but only once. I purchased the windows on Craigslist, they’re not perfect but they get light into the shed. I wrestled with the door installation, probably because I removed the brick mold before I installed it. Eventually I got it to work. I was shocked at the amount of solid stain I used on the building. The T-111 really drinks it up. The one time I doubted Henry was when installing the last pieces of pine soffit at the top of the eaves. Eventually I went with it and got it to work. The tool reviews were helpful too. I purchased a Dewalt miter saw and it made an enormous difference. At the start of the project I replaced the blades in my skill saw and contractors saw which helped too. 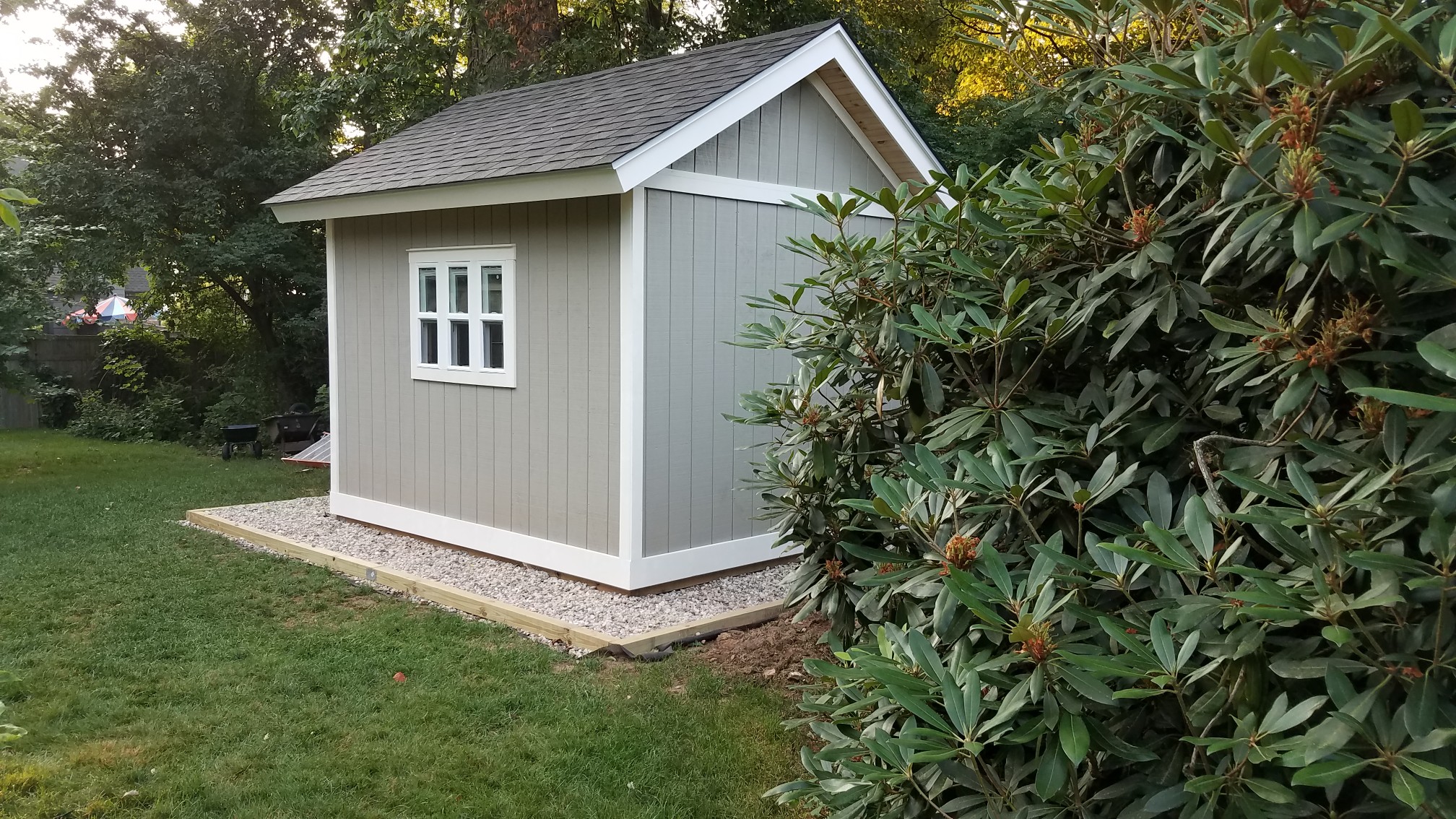 Did You Use Our Shed Plans & Videos?
Yes, Both The Plans & Videos
Project Location:
West Hartford, CT
My Skill Level is:
Home Handyman
Testimonial:
I called myself a home handyman but I would not have attempted this project before watching the 15 videos. As many others have said, I felt like I had a carpentry instructor in Henry. While my corners etc are not perfect they are so much better than I would have done on my own. I took time to digest the videos and tried not to rush my work. I tried to keep the job site clean and keep the stupid mistakes to a minimum (although I still made them but not all of them). Because the project felt like it was working out it ended up being a lot of fun. I looked forward to working on it and I have learned a lot of new skills. I've received much positive feedback from friends and neighbors so I must have done something right. The videos are superior to anything I've seen on shed building on the internet. In my opinion there in a different universe. The plans were helpful too, especially when it came to ordering materials. Thanks so much Henry. I'm really pleased with the way the shed looks.